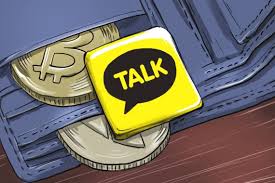 Kakao’s blockchain wallet service named “Klip’ was launched and its virtual asset called ‘Klay’ was distributed. Han Jae-sun, CEO of GroundX, said, “We will prove the value of Klay by activating Klaytn.” It means that they will not cling to the market price of Klay and will accelerate the popularization of Klaytn. Also, this means that they will discover the successful cases of blockchain application and succeed with the global blockchain platform by surpassing Ethereum, which has a market cap of 30 trillion won.

CEO of GroundX said, “The value of Klay depends on the popularization of blockchain”

On the 8th, CEO of GroundX said, “Klay is a virtual asset (token) of Klaytn, a public blockchain and it was designed for platform operation reward and transaction fee.” “It can play a significant role through business value of Klaytn and we will make successful businesses on Klaytn” he added.

He said, “The Klip, which has been elaborated for a long time, has finally been released, and we were excited about greater interest and support than expected.” “The most worrying issue while designing the Klip is how to make digital assets available to the public,” he added.

In addition, he said, “The fundamental goal of Klip is to issue and distribute various digital assets and to provide an environment where blockchain services can prove their value through Klip.” “Klay is kind of digital assets included in Klip, and not all of the Klip, please pay attention to innovative attempt of the Klip to be released in the future,” he added.

Especially, he said, “We will focus on creating platform value in the long term without being tied to the price of Klay at the trading company.” He emphasized, “As I said in June of last year, tokens have no meaning individually, and the value created by platforms and networks will be reflected in tokens.”

Just as Ethereum, which has a global market cap of 30 trillion won, has promoted a blockchain development market by offering various blockchain applications as well as token prices, Klaytn also intends to develop its own blockchain application market with Klip and Klay. CEO Han said, “In order for the platform to have real value, it must increase business value.” “If successful services are launched on Klaytn, it will be the value of token (Klay),” he added.

On the 3rd, GroundX, Kakao’s blockchain development subsidiary, installed Klip, a wallet service that can exchange Klay, in KakaoTalk. And on the day of launch, over 100,000 users prove the popularity of the Klip.

There are over 10 types of Klaytn-based blockchain apps, and various partners such as Cosmochain, HINTchain, Airbloc, and Piction Network are accelerating the commercialization of services. With the expectation of Kakao blockchain, and the number of investors with long-term perspective increasing, so the foundation of blockchain development market is also strengthening. Large corporations including Samsung SDS are also working together to cooperate with Klaytn.

An official said, “Blockchain developers who have struggled for the past two years have great expectations for establishing the market and popularizing blockchain with the emergence of a large company called Kakao.” “The Korean government is struggling to cultivate startups that can reach the global market due to COVID-19, and regulatory legislation, including Specific Financial Transaction Act, is rapidly being prepared to achieve job creation and Internet revolution,” he added.