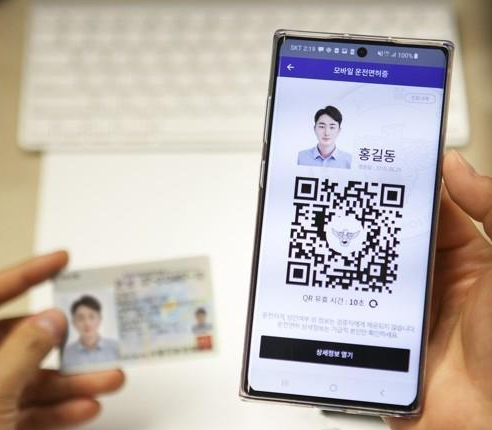 South Korea plans to offer a digital identity secured by blockchain to citizens with a smartphone as it taps into the world’s most tech-savvy population to boost economic growth.

Smartphone-implanted IDs are among the latest emerging technology underpinning a digital economy that has expanded as more people work from home, make cashless payments and explore the metaverse.

Digital IDs simplify verification on the web, removing the need to photograph certificates or log-in via authentication codes sent by text. Instead, activities like applying for state benefits, transferring money or even casting a vote are just a pin or fingerprint away.

“Digitals IDs can yield huge economic benefits in finance, healthcare, taxes, transportation and other areas and may catch on quickly among the Korean population,” said Hwang Seogwon, an economist at Korea’s Science and Technology Policy Institute.

“But there has to be more risk assessment technologically to make sure the danger doesn’t outweigh the benefits,” he said.

The World Bank calls digital IDs a “game-changer” and McKinsey & Co. sees their potential to increase a nation’s gross domestic output by up to 13% and cut business costs by trillions of dollars.

“Every service that hasn’t been able to fully transition online will now be able to do so,” said Suh Bo Ram, director-general of Korea’s digital-government bureau, who is spearheading the plan.

Korea could reap at least 60 trillion won ($42 billion), or 3% of GDP, in economic value within a decade, he said.

Koreans’ zeal for early adoption may help, too. They rank No. 1 in the world when it comes to the enthusiasm and ability to apply tech in everyday life, businesses and government, according to the Portulans Institute, a Washington-based thinktank.

Koreans currently rely on resident registration cards — similar to a US social security card — to identify themselves. Under the proposal, an app would embed those IDs into mobile devices.

Korea will launch digital IDs in 2024 and seeks their adoption by 45 million citizens within two years. That ambition may be hampered by each individual needing to travel to a town office and paying a fee to renew their registration card.

Suh acknowledged the concerns while expressing confidence that the hurdles will pale in comparison to the benefits. The government, he said, is also aware of “big brother” concerns, referring to George Orwell’s 1949 novel.

Under the plan, the government will have no access to information stored on individual phones, including details of whose digital IDs are used, how they are used and where, because the system will rely entirely on decentralized identity, an advanced strand of blockchain technology, he said.

Other governments have also recognized the benefits of digital IDs.

In Estonia, where most of its eligible 1.3 million people have a digital ID to vote, pay bills and sign documents, the government allows phones to be used for verification if a special SIM card is attached, according to its website. Germany has a similar chip-based program.

According to proponents, other benefits of digital IDs include: