Home NEWS Why the FSC decided to introduce the issuance of Security Tokens into...
Facebook
Twitter
Linkedin
Telegram
LINE 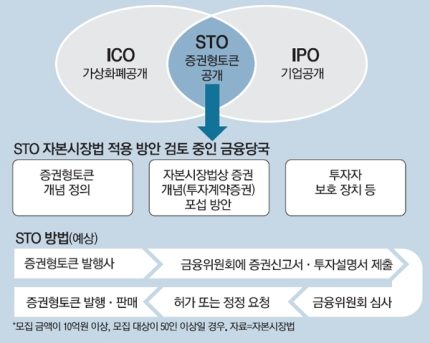 The reason is to correct the turbid cryptocurrency market and protect investors. This means that they will receive the securities declaration form and investment prospectus from the cryptocurrency issuer, examine them directly, and filter out the surviving coins. Currently, virtual currencies are issued indiscriminately without underlying assets, so prices fluctuate sharply and there is no basis for protecting investors when problems arise with the issuer. The security token promoted by the Financial Services Commission is to be accepted as a token only if there is an underlying asset, so the effect of correcting the market confusion is expected. However, there is also an analysis that a new ICO may become difficult depending on how the FSC interprets the meaning of ‘security’, a key concept in the standard for security tokens.

The FSC is first examining the ‘security properties’ of virtual currencies. In general, coins held to earn profits such as dividends are considered ‘security tokens’. On the other hand, coins used for various services within the blockchain platform are classified as ‘utility tokens’. However, since most virtual currencies have multiple characteristics at the same time, it is highly likely that their securities properties will vary depending on the interpretation of the FSC.

For example, the FSC is said to consider ‘Digital Asset Backed Securities (DABS)’, which is a tokenized real estate stake, as a ‘security token’. DABS is a token that digitizes beneficiary certificates issued by trust companies based on entrusted assets with blockchain technology. Casa Korea, Lucent Block, Sejong Telecom, and Elysia, which have received government approval for business under the ‘regulatory sandbox’ system, are included. If DABS is incorporated into the Capital Market Act, these companies will be required to issue tokens after filing a securities declaration. Tokenized legal rights such as intellectual property rights can also be included in security tokens. On the other hand, decentralized virtual currency that has been issued indiscriminately in Korea after the popularity of Bitcoin is difficult to see as a security token. This is because the price is formed in the market without a specific contract between the foundation that issued the coin and the investor.

The method the FSC is reviewing is similar to that of the United States. The U.S. Securities and Exchange Commission (SEC) announced that it will apply the same regulations as existing securities issuance to the Securities Token Offering (STO) in 2018. To protect investors, issuers are obligated to make public disclosures and disclose financial statements. Instead, the SEC strictly handles the issue of security tokens that are not properly reported.

Experts believe that a significant number of virtual currencies issued and sold as a project will come under regulation because they have ‘secret properties’. In this case, a situation in which the issuance of virtual currency is effectively managed by the government like the capital market may occur. Currently, cryptocurrency issuers recruit investors only with a ‘white paper’, but in the future, they will have to be reviewed by the financial authorities.

There is also a forecast that virtual currency issuance will become difficult if the FSC interprets securities characteristics broadly. This is because the Financial Services Commission, which is still negative for virtual currency, may not approve or delay the securities declaration. Lawyer Oh-Hoon Kwon said, “The direction of regulation is the same as that of the US, but there is a possibility that the US will allow ‘negative regulation’ if there is no problem, but Korea, which is ‘positive regulation’, may not.” Attorney Tae-eon Koo, vice president of the Blockchain Law Association, said, “If the FSC sees buying and selling of virtual currency as an ‘investment contract’, it means reporting the ICO to the FSC and proceeding.”

The FSC is also reviewing measures related to the incorporation of virtual currency exchanges into the institutional system in the ‘Institutional Review Team’ within the task force. It is said that he is considering an opinion on a bill related to cryptocurrency currently pending in the National Assembly.