According to Upbit on the 10th, domestic market price of bitcoin was 11.79 million won. At the same time, bitcoin was traded at 12 million won on the overseas exchange Binance. In comparison, there is a market price gap of about 200,000 won between the two exchanges.

The market prices of major domestic cryptocurrency exchanges of EOS and XRP are up to 15% lower than those of foreign exchanges.

■Due to lower trading volume

On the contrary, reverse kimchi premium from last year was raised due to the low price and low trading volume of bitcoin.

An official who is in charge of development and investment of blockchain start-up said, “The market seems to be picking up early this year, but the sentiment of investors who have suffered from cryptocurrency investment has not yet fully recovered.” “In addition, considering the various indicators, it is time for cryptocurrency prices to enter a period of adjustment, and there is not enough trading volume to go through it,” he explained.

Another blockchain technology company official said, “Deposit and withdrawal regulations of KRW are relatively strict compared to other countries. Therefore, considering the cost of all cross-border transactions such as fees, it is appropriate to meet the Korean situation.” “In the process of deposit and withdrawal on the Korean cryptocurrency exchanges, 2 to 3% of cross-border transaction costs are reduced, resulting in reverse kimchi premium naturally,” he added. 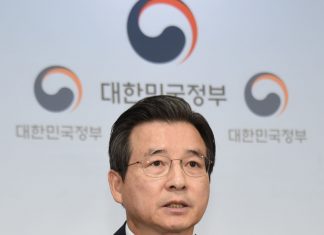