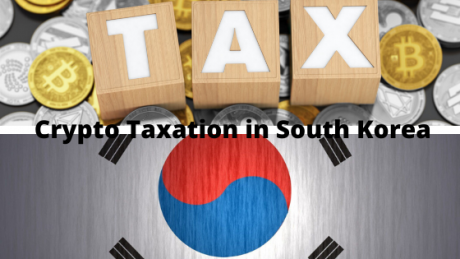 Cryptocurrency tax break extension being considered by South Korea
South Korean news outlet, Hankook Ilbo, reported that the Presidential Transition Committee of Seok-Yoel is pushing for the extension to enable the incoming administration to implement some complementary crypto taxation laws. Last year, the country’s Deputy Prime Minister and Finance Minister, Hong Nam-Ki, also made a similar move by delaying its crypto taxation policy. This came shortly after it was revealed that the country would implement a crypto taxation policy on crypto income.

This is a similar reason for the current government cited for the initial postponement of the taxation plans to 2023, although some analysts suggested that the move was to gain votes. The new president’s move is not surprising to observers. Seok-Yoel promised to make crypto a large part of his government during his campaign. He also pledged to transform the country into a global crypto hub.

His campaign promises include allowing all Initial Coin Offerings (ICO) to take place in the country. Similarly, he promised to pass crypto-friendly laws in the country. South Korean crypto industry participants have welcomed Seok-Yoel’s election as a positive for the industry. The secretary-general of the Korea Blockchain Association, Yoon Seong-Han, welcomes the candidate’s stance on crypto and believes it would positively impact the industry.

“As ICOs are banned now, we have no choice but to issue coins in Singapore and other countries. Ventures and startups will be able to raise money easily from investors [if the ban is lifted],” he noted.

South Korea’s previous crypto regulations
While the government has passed many regulations for the crypto industry, market participants have frowned upon many of them. Towards the end of last year, crypto exchanges in Korea felt the brunt of the unfriendly regulations as it forced many of them to shut down.

The tax law that the incoming government plans to postpone has also received criticism. Crypto investors have decried the law because it will include crypto taxation for gains made from crypto trading above $2,000. A corresponding law for stocks will tax gains from around $40,0000, which has inspired the exaggerated reaction to these new laws.