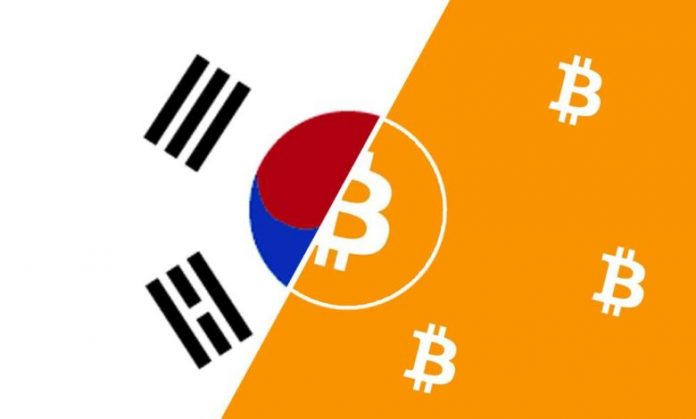 2018 started off with Bitcoin being just over a week removed from its highest price-point ($19.6k) and market cap ($335.5 billion) ever up until late 2020. After a full year of an upward price trend, most new traders expected the price to continue going up.

Amidst the mania in the latter half of 2017 going into the next year were increasing reports that Korean lawmakers aimed to shut down crypto trading altogether inside the country. As those reports gained legitimacy, fears stirred among traders who came to rely heavily on the trade volume generated by South Korea and its FOMO-friendly populace. In mid-January, the Korean government did indeed make an announcement that negatively affected all aspects of cryptocurrency trading for the globe and which impacted domestic traders’ ability to engage in trading at all.

The government didn’t shut down exchanges as many expected them to. They didn’t follow in the footsteps of neighboring China just months before. Instead, they urged exchanges to voluntarily adhere to certain guidelines in order to prevent money laundering. The most impactful guideline was the requirement for all traders to open a real-name bank account at the particular bank that had partnered with their exchange of choice. For example, if you wanted to trade at Bithumb and withdraw your funds, you needed a real-name account at Shinhan Bank.

This sent immediate shockwaves around the crypto world. The new measures effectively, for the time being, prevented any new liquidity to be generated by the exchanges until traders could use their new bank accounts. Registering for these new accounts was no easy task, mind you. There was some breakdown in communication, far too common among Korean companies, where bank tellers largely had no idea about the regulatory changes. They were not prepared for the rush of traders who wanted their bank accounts established quickly during their lunch break. They also didn’t understand what exactly the new account holders wanted by specifically requesting the real-name accounts. As a result, it took months for most resident traders to establish their accounts and start injecting liquidity back into the exchanges. By February 6th, the price of Bitcoin had fallen to $6.5k.

The price of Bitcoin didn’t stop opportunists from making an attempt at steep profits.

Most people in the industry have heard of the big Korean exchanges like Bithumb, Upbit, Coinone, and Korbit, but most have no idea just how many exchanges called South Korea home. By 2018 there were 205 registered cryptocurrency exchanges according to Yonhap News – over 300 if you count the unregistered ones according to street-level reports.

That’s 205+ exchanges launching, offering a registration incentive such as an airdrop of the native token or an exclusive trading pair, and many committing fraud. With those exchanges came some dozens of hacks, apologies, promises to fix security, and second visits from other hackers. All of this is not to mention the non-Korean exchanges that attempted to open up a slice of the saturated Korean market for themselves as well.

This chapter is a story of cyber security, of how many standard deviations an industry can veer from the ideal of zero trust, and how capitalism reacts when people want to FOMO into something. There are all too many examples of the above ideas in motion – so many that it could take a whole other book to do it. South Korea quickly ripened in 2017 for such an exploitative pump for many of the factors that got the country into the Bitcoin Bubble in the first place and other factors that may shed some light on why the law makers needed to make abrupt changes to the country’s laws through 2018.

Cyber Security and Zero Trust
Cyber security at cryptocurrency exchanges is a touchy subject among traders. The exemplars of security maintain to this day a spotless history of cyber security excellence such as Binance, Coinbase, and Kraken. In a way, their reliable back-end development and security measures appear boring in their predictability compared to standards at other exchanges. On the other hand, some big global exchanges, even ones in the top 10 by trading volume, have decidedly very bad track records. As it turns out, two of those exchanges in mid-2020 when this chapter was written, were South Korean exchanges.

The top Korean exchange on contemporary top-by-volume lists and the most notorious among members of Crypto of Korea in 2017 and 2018 is Bithumb. Bithumb was launched in 2014 which might inspire confidence and bring with it the expectation that with 3 years of experience under its belt before the Bitcoin Bubble and Kimchi Premium became realities that the operators would have expertise in the field of cyber security. It seemed apparent by 2018 that the developers there had missed their security courses in school.

In mid-2017, Bithumb was hacked for an untold amount which they promised to reimburse to affected users. An official announcement stated that all affected users would receive vouchers for about $100 in credit on the exchange. That $100 amounted to an insult after the initial injury of the hack. In a way, it was a lesson that needs constant relearning: don’t leave your funds on exchanges for too long. Nobody knows when the next ‘hack’ will take place where all of your gains will be lost in a single click like with the MT.GOX fiasco just a few years earlier.

By November, Bithumb users had generally forgotten about the hack. After countless pumps between that mid-summer hack and November, few users other than maybe the biggest of whales who were still down were in a position to complain about the loss of funds. If they hadn’t caught any of those pumps by then, they probably weren’t regular traders anyway. November 2017 turned into one of those most unusual months in cryptocurrency trading, maybe only behind December and the following January.

It was in November, you may remember, that the EMC2 run had begun. At the time, Bithumb did not offer EMC2 for trading. Korean traders went to Upbit for that privilege. The reason for its distinction as such an unusual trading month comes from the price action of one of Derrick’s favorite coins: BCH. He was so enamored with the potential of a Bitcoin Cash upturn that he changed his name in the Crypto of Korea chat to ‘Hungry for BCash’ with BCash being pseudonym for Bitcoin Cash. Bithumb did offer BCH for trading on their platform at the time where they accounted for the majority of trading volume on the coin.

Bitcoin Cash was released as a hard fork of the Bitcoin blockchain in July 2017 by Roger Ver who, up to that point, had spent years speaking publicly about the accolades of blockchain and Bitcoin in terms of payments. His fork, Bitcoin Cash, offered what he saw as improvements to the Bitcoin Core blockchain which came complete with its very own coin – BCH. Upon its launch, the coin pumped to around $820/BCH. The launch pump itself isn’t the surprising part since, as illustrated earlier, listing and/or launch pumps were then and still are common practice.

Between very late July and December, BCH saw four new ATH prices. The first was the launch pump and dump, the second was in late August around $830, the third was in mid-November at around $1,350, and the fourth pushed BCH up to about $3,500. Those high points in November and later in December at the very peak of the bubble were propped up by Bithumb and Upbit respectively by virtue of the Kimchi Premium. The theme of 2017 trading was South Korea. 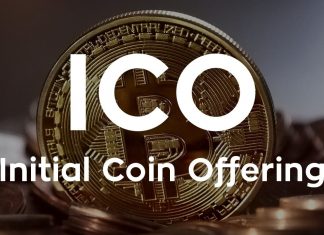