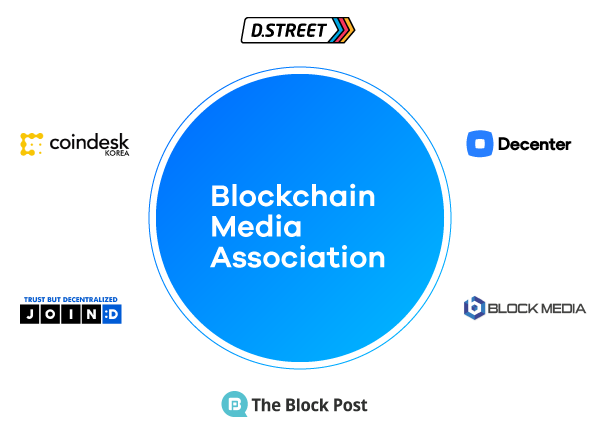 Six Korean blockchain press companies have established an association for the development of blockchain technology and the ecosystem. Blockchain Media Association is planning to organize constructive discussions concerning blockchain and cryptocurrency.

The Blockchain Media Association has publicized its establishment on July 29, and announced to co-host a public hearing with the Representative Kim Byeonguk of Democratic Party of Korea to provide adequate legislation for cryptocurrency exchange platforms.

The six members of the blockchain media association are BLOCK MEDIA; D.STREET; Decenter; The Block Post; JOIN:D; and Coindesk Korea. Decenter will be the first chair company.

As a celebration of the establishment, the association is planning to hold the ‘Public Hearing for Legislation of Virtual Asset Transaction Transparency’ on Aug 6 in the National Assembly Hall. At the upcoming public hearing, legalization of cryptocurrency exchange platform will be intensively discussed mainly relating to the amendments of ‘Act on Report on, and the Use of Specific Financial Transaction Information.’(hereinafter, Act on SFTI)

The association announced, “Cryptocurrency in Korea is outside of legal boundaries in Korea. It is detrimental to the industry. It is time we discuss legalizing cryptocurrency exchange platforms. Let us start with discussing the amendments of Act on SFTI.”

The Representative Kim Byeonguk said, “Although the key point of Act on SFTI is on AML issues, we intend to hear opinions on exchange platforms and intensively discuss the countermeasures for protecting investors of virtual assets.”

The Blockchain Media Association also announced, “The government’s policy of differentiating between blockchain technology and cryptocurrency is practically meaningless as global IT conglomerates are entering the blockchain industry. We will try to indicate the advisable directions by organizing constructive discussions with each press companies for the development of the blockchain-based industrial ecosystem.”