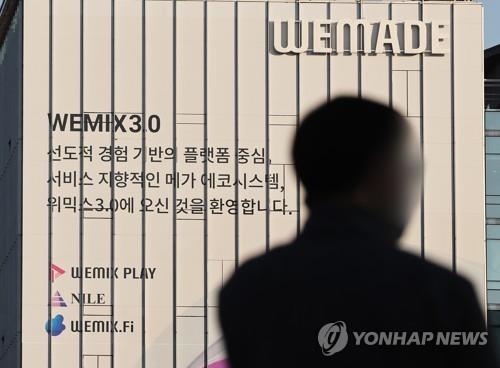 A Seoul court on Wednesday denied an injunction request filed by the operator of cryptocurrency Wemix to block the enforcement of crypto exchanges’ decision to delist the coin.

In late November, the Digital Asset eXchange Association (DAXA) — an alliance formed by Upbit, Bithumb, Coinone, Korbit and Gopax — announced they will terminate transaction support to the cryptocurrency operated by online games company Wemade, from Dec. 8.

They said Wemade had provided false information on the planned number of the virtual token in circulation and the actual number in the market.

Wemade filed for an injunction, claiming the decision was made on the basis of vague terms and that delisting the cryptocurrency could incur inevitable damage to investors. DAXA had countered a continued trade of Wemix would have a negative impact on the cryptocurrency market order.

Wemix — launched in 2020 as Wemade’s gaming platform token — has been traded at Upbit, Bithumb, Coinone and Korbit. Wemix was not listed in the Gopax crypto exchange.