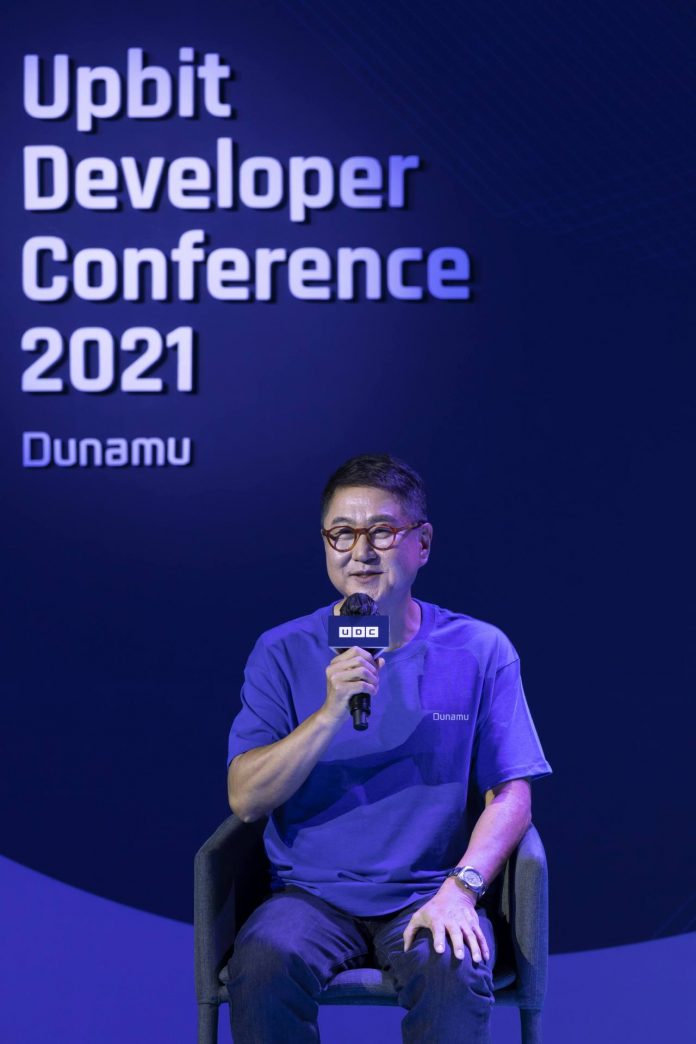 “There’s no doubt that blockchain has become a major trend that no one can deny that it is permeating our everyday lives,” Lee said.

During the company’s annual UDC that took place Wednesday and Thursday online, the lineup of speakers and presentations showcased how the global blockchain industry is rapidly evolving each year, and many services are not a concept nor a league of blockchain enthusiasts anymore.

One such example was participation by executives from an auction house and a credit card company.

For instance, Bitcoin is gaining adoption as digital gold, especially among young generations, as a new asset class, Sheffield said. And Stablecoins, a type of cryptocurrency pegged to flat currency assets like US dollar to stabilize the price, are emerging with a role as treasury infrastructure.

“The average transaction value of Stablecoins is north of $10,000, and this is really becoming a new way that institutions and businesses can transfer dollars across the world and enable it settle very quickly and efficiently,” Sheffield noted, adding that many startups are already developing services based on Stablecoins.

One of the most frequently discussed topics at the UDC was non-fungible tokens, blockchain-based non-duplicable digital certificates that relate to real-world objects like art and music.

Lee Jung-bong Lee, CEO of Seoul Auction Blue, said that the combination of NFT and art present indefinite potential and thus will continue to grow.

“By 2030, the NFT metaverse is expected to be several times larger than the 400 billion-won domestic art market,” Lee said.

Although it is less eye-catching than NFTs, a growing number of companies are incorporating blockchain technologies into various levels of their operations and services.

“We’re seeing a huge movement of big enterprises and little enterprises to be using DLT for real-world problems and real applications,” Leemon Baird, Co-founder of Hedera Hashgraph, said. DLT is decentralized ledger technology, a digital system for recording things such as asset transactions, in which the details are recorded in multiple places at the same time. Blockchain is one type of DLT.

It is not only businesses or art collectors that are adopting the blockchain technology, but governments are also looking into potential of digital currencies regardless of the stage of their economic development, Jin Chang-ho, principal of Kearney Korea, said.

“CBDC will lead innovation in payment and payment process with the digital wallet and financial products while coexisting with the existing financial order,” he added.