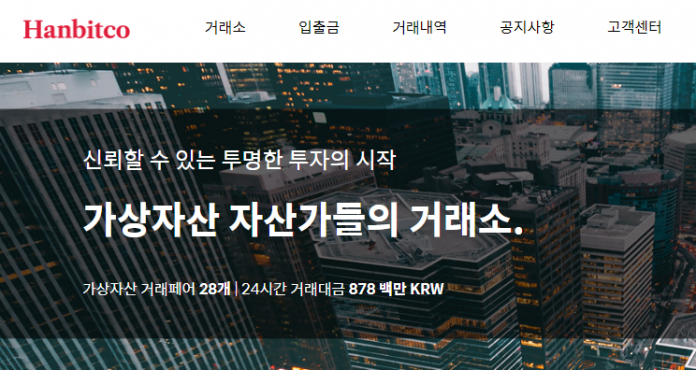 According to the electronic disclosure system of the Financial Supervisory Service on the 11th, T Scientific announced that it would acquire 106,218 shares of Plutusds, the operator of Hanbitco, for a total of 24.145.9 billion won.

This amounts to 60.36% of the total stake in Plutusds. As a result, if T Scientific acquires the stake as scheduled by May 16th, Hanbitco will become a subsidiary of Bithumb. Hanbitco passed the Financial Intelligence Unit (FIU) examination by the Financial Services Commission (FSC) as a coin market operator in December of 2021.

T Scientific participated in Bithumb Korea solely as a financial investor (FI), but plans to engage Hanbitco as a strategic investor (SI) as well as an FI.

An official from T Scientific was quoted saying, “We changed our business purpose in January of this year to diversify our business such as non-fungible tokens (NFT) and acquired Plutusds as part of that.”