Home NEWS The World War of Digital Currencies: Is it too late for South...
Facebook
Twitter
Linkedin
Telegram
LINE 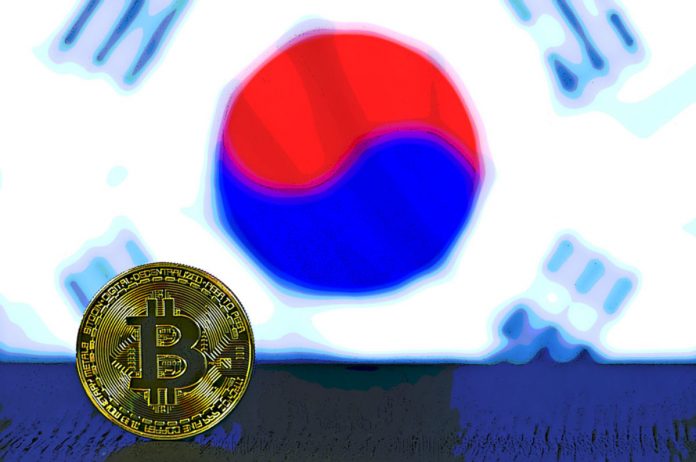 As the era of the internet economy passes, we are seeing the rapid expansion of the cryptographic economy. This economy is known as the blockchain economy, while the blockchain community in Korea is coining this phenomenon, the ‘Blockchain Paradigm.’ Perhaps, blockchain has set itself to be the core infrastructure of the upcoming digital transformation.

In relation to the ‘Blockchain Paradigm’ and digital transformation, numerous countries around the world have been promoting in-depth research and pilot projects on blockchain-based fiat currencies, or central bank digital currencies (CBDC). We may be experiencing the beginning of the War of Digital Currencies. The South Korean government, however, is failing to recognize this critical event.

South Korea has already fallen behind the War of Digital Currencies
In South Korea, the Bank of Korea (BoK) has formed a Digital Currency Research Team, in order to proactively respond to changes in the payment and settlement ecosystem in the coming future. Our team is conducting advanced research in related technical and legal requirements. Based on these researches and trends in the development of CBDCs in major countries, we are promoting all preparations for the introduction of domestic CBDC when and if, the necessary time comes. However, South Korea falls far behind other nations in the important strategic aspects of the upcoming War of Digital Currencies.

The reason for this can be found in the negative recognition of cryptocurrencies by the government. During the Bitcoin whirlwind of 2018 that spurred the “kimchi premium” phenomenon, cryptocurrencies were associated with speculation and gambling — both illegal in South Korea (aside from Kangwon Land, casinos are exclusive to foreigners only). During this boom, former Minister of Justice Park Sang-ki described cryptocurrencies as valueless pieces of rocks, and promoted the closure of the nation’s cryptocurrency exchanges.

Even today, the Korean government has tightened its cryptocurrency regulations. The government’s perspective is reflected in the recently enacted “Act on Reporting and Using Specific Financial Transaction Information.” This law was put together from the viewpoint of strong control rather than from the viewpoint of activating a healthy ecosystem for cryptocurrencies. With this, the crypto communities of Korea have been expressing growing concerns that the tightened regulations will act as a barrier to the vitalization and development of the crypto economy within the country. This is an indication that the Korean government still does not properly recognize the importance of the upcoming War of Digital Currencies. To add more salt to the wound, the government’s landmark Digital New Deal initiative which outlines the future direction and vision of South Korea, blockchain technology and cryptocurrencies, are barely mentioned.

In the near future, the winner of the War of Digital Currencies will become the world’s superpower. The South Korean government too, must not delay its strategic preparations to take part in this event. In order to do this, the Korean government must shift its policies of prohibition of cryptocurrencies, to a policy that would activate the crypto economy and prevent the negative side effects, such as money laundering and tax evasion.

China is ahead of the race
While many nations and governments are dipping their feet into the war of digital currencies, the country that deserves the most attention is China. Why? China has the potential to be the first nation to launch its CBDC that can impact the global economy. China’s CBDC is named the Digital Currency Electronic Payment (DCEP).

In 2014, The People’s Bank of China (PBOC) became the first central bank in the world to configure a digital currency research team. It established the Digital Currency Research Institute in 2017, and as of February of this year (2020), has filed 84 patents related to the launch of DCEP. China has already begun piloting its digital yuan project in major regions, including Guangdong, Shenzhen, Jiangsu, Suzhou, Hebei, Xiong’an New Area, Sichuan and Chengdu. In particular, China has plans to fully introduce its digital RMB in time for the February 2022 Beijing Winter Olympics.

Against this backdrop, it can be seen that China’s RMB is looking to expand its influence in the US dollar-centric financial order. Moreover, as the trade war between the US and China has been reignited since the Covid-19 outbreak, it is believed that China’s countermeasure to expanding foreign transactions based on the RMB, will be driven by DCEP. On the other hand, not only does China aim to reduce cash management costs by accelerating its transition to the cashless society through DCEP, it also aims to improve underground economies by eliminating counterfeits and money laundering schemes.

Digital Dollar gaining steam?
Initially, the U.S. had been passive, but recently, the tone has been shifting with Fed Chair Jerome Powell stating that the Fed must be responsible in leading digital currency development. In the U.S., a think tank called the Digital Dollar Foundation has been established to begin researching the digital dollar, and in May this year, published its Digital Dollar white paper. It has come to a point where Libra may be what is required to prevent China’s digital currency initiative, while judicial authorities will have to respond by suggesting new regulations that enhance transparency to make management and supervision possible. In addition, the Fed is researching the impact of digital currencies on the existing payment ecosystem, monetary policy, financial stability and consumer protection through the Federal Reserve Board’s Technology Lab (TechLab), an internal research institute consisting of financial, legal and IT experts. The Feds have also made public that the Federal Reserve Bank of Boston and Massachusetts Institute of Technology (MIT) researchers are collaborating on a multiyear CBDC research and development project.

Fed Governor Lael Brainard has also gone on record to express the Fed’s direction regarding CBDCs: “Given the dollar’s important role, it is essential that the Federal Reserve remain on the frontier of research and policy development regarding CBDCs.” According to Brainard, the Covid-19 outbreak reinforces the need for immediate and reliable access to funds. “The introduction of Bitcoin and the subsequent emergence of stablecoins with potentially global reach, such as Facebook’s Libra, have raised fundamental questions about legal and regulatory safeguards, financial stability and the role of currency in society.” This idea has “intensified” the demand for CBDCs to “maintain the sovereign currency as the anchor of the nation’s payment systems. Brainard also didn’t forget to mention that China is rapidly progressing with its DCEP development.

While the U.S., China and Facebook have advanced in CBDC research and developments, the Bank of Korea (BoK) is now playing catch-up. It only recently announced that it is in search of a consulting partner for the nation’s CBDC ahead of a projected 2021 pilot test to evaluate technical and legal requirements that must be in place prior to the creation of a CBDC.
Sung Jun Park(2020.09.11) The World War of Digital Currencies: Is it too late for South Korea?
https://forkast.news/digital-currency-cbdc-race-south-korea-crypto-regulations//