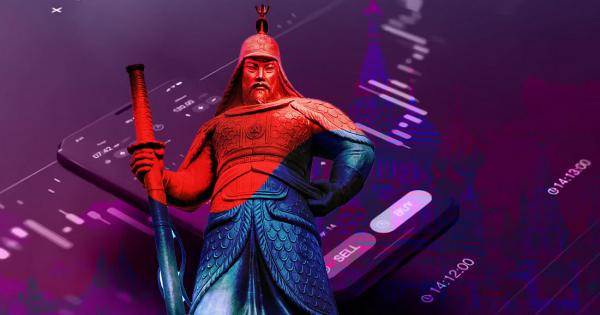 Russia invaded Ukraine just seven days ago, and the world continues to react. As Russia relied on cryptocurrencies to combat economic isolation and its citizens relied on Bitcoin against the falling ruble, major crypto exchange platforms became related to the crisis first-hand.

Ukraine reached out to major crypto exchange platforms to block Russian addresses in the early days of the invasion. In his tweet, the Vice Prime Minister of Ukraine especially requested a ban on ordinary users and political figures. 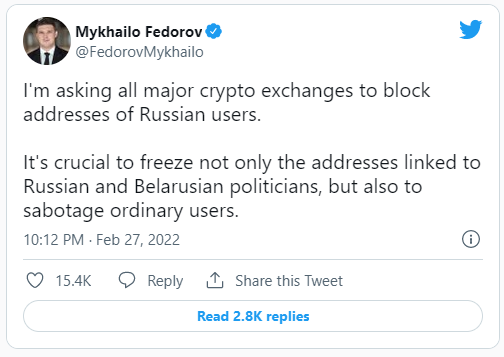 In response to this call, crypto exchange giant Binance publicly declared that while they do not support Russia’s aggression, they will not freeze anyone’s accounts as it goes against the very spirit of crypto by stating:

“Crypto is meant to provide greater financial freedom for people across the globe. To unilaterally decide to ban people’s access to their crypto would fly in the face of the reason why crypto exists.”

However, the company spokesperson also said they’d be applying the sanctions if the international community widens them.

“cannot freeze the accounts of our Russian clients without a legal requirement to do so.”

While no legal decrees have been given against Russia’s access to crypto trades, the U.S. Department of Justice set up a task force to seize the properties of Russia’s most prosperous. The task force will also target the crypto exchanges, as it can be used to avoid sanctions.

Following this news, even though it didn’t imply a legal requirement, major exchanges from South Kore took action to enforce sanctions.

Gopax, one of South Korea’s largest exchange platforms, was the first to publicly announce that they were barring IP addresses from Russia and completely froze 20 accounts on the 2nd of March.

Soon after, Upbit, Bithumb, Coinone, and Korbit also announced that they were going to apply bans on Russian addresses as they can easily be used to launder money. In addition, representatives from the largest South Korean exchange platform, Upbit, said:

“We’ve blocked subscriptions by users in countries which are at high risks of money laundering, in line with guidelines of the Financial Action Task Force,”

These four exchanges were the only local platforms licensed to provide cash-to-crypto transactions in South Korea. However, with these sanctions, no Russians in South Korea are currently able to cash out their crypto assets.