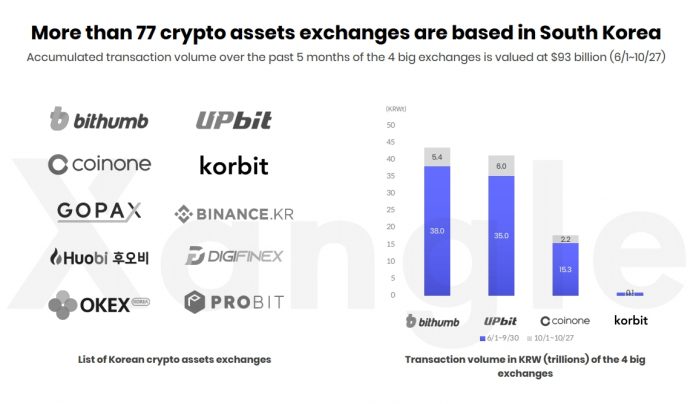 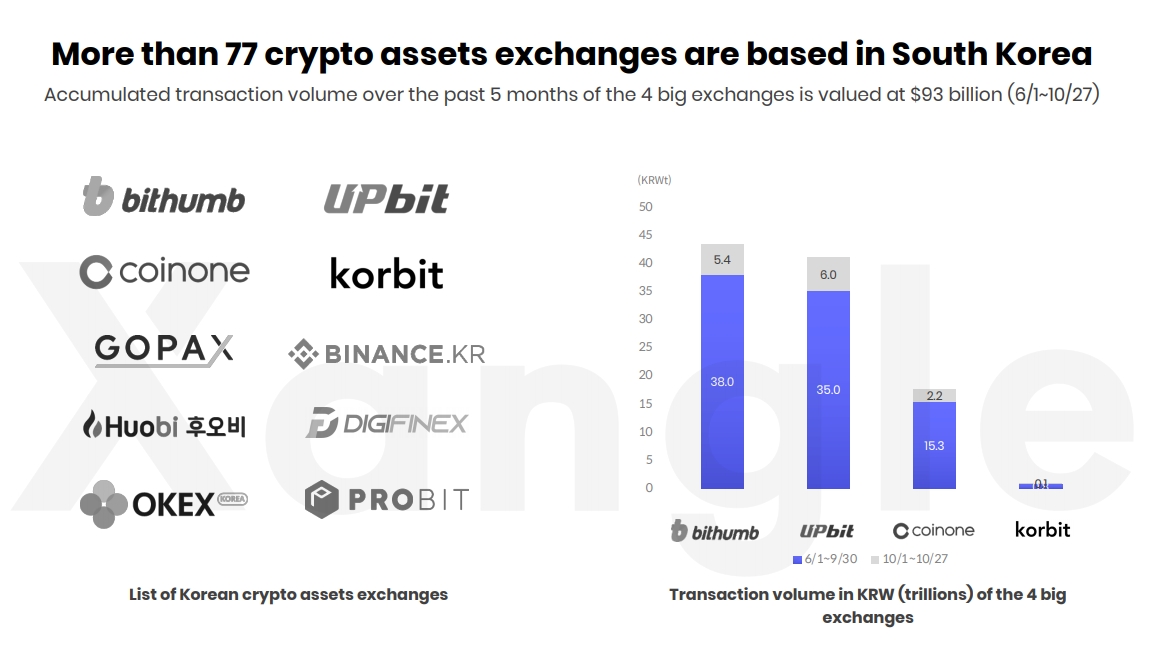 Bithumb Korea (Bithumb) is analyzed to be the most vibrant in trading in the virtual asset market in Korea that amounts to hundreds of trillion won in size.

In its recent ‘Report on Virtual Asset Market in Korea,’ Xangle, an information portal for posted data-based virtual assets, estimated that the accumulation of the crypto trading amount of Bithumb during the past 5 months (June 1 ~ October 27, 2020) reached KRW 43.4 trillion. This represents the largest amount among crypto exchanges in Korea. During the same period, the accumulated trading amount of top 4 crypto exchanges in Korea (Bithumb, UPbit, Coinone and Korbit) exceeded KRW 100 trillion.

According to Xangle, the virtual asset market in Korea ranked third among 154 countries. For one year between June 2019 and June 2020, the on-chain transaction volume of virtual assets in Korea reached KRW 250 trillion, ranking third in the world after China and the United States.

“Maturity of the investment market in Korea is getting enhanced on both sides of crypto exchanges and investors,” said a manager at Xangle. “Leading exchanges in Korea are striving to expand the mature investment market rather than simply focusing on improving their own trading capabilities.”

“We will lead the reorganization of the industry by initiatively adopting the frame of traditional financial institution-grade while concentrating efforts on enacting business rights law so that virtual asset can be recognized as one of financial segments in the long run,” said an executive at Bithumb in an interview.