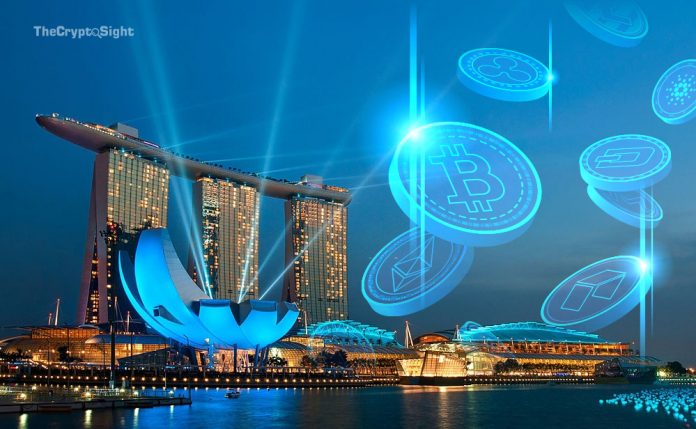 While the approach to crypto regulations differ across Southeast Asia and indeed the Asia Pacific (APAC) region as a whole, blockchain acceptance remains a common thread.

Nations appear to be in serious competition to become global hubs in the emerging digital landscape.

75 Companies to Benefit from Blockchain Fund
According to Tech in Asia, the $9 million blockchain research and development (R&D) fund is under the aegis of the government’s Enterprise Singapore statutory board and the Infocomm Media Development Authority (IMDA), with further participation from the National Research Foundation (NRF).

In one particular planned partnership, the SBIP will collaborate with agro-based startup DiMuto. Both parties will reportedly develop a blockchain-based farm produce traceability project.

“As the first major industry-driven blockchain research program, our intent is to proliferate blockchain adoption to a much broader set of industries, beyond just finance. These efforts allow Singapore to build a strong blockchain ecosystem and establish our role as a Trust Hub.”

Back in May, South Korea’s government announced plans to plug in $400 million into its economy to challenge China’s rising dominance in the arena. In June, the Bank of Korea also announced a ten-year plan with blockchain technology and central bank digital currencies (CBDC) at the top of the agenda.

For Singapore, both public and private institutions are adopting blockchain technology. As previously reported by BeInCrypto, the city-state’s largest bank, DBS is working towards launching its own digital asset exchange.

In November, reports emerged on a planned effort to include blockchain adoption in bilateral trade agreements between Singapore and Australia. As part of the plan, both countries are planning to deploy a DLT-based system to eliminate bottlenecks in trade between the two nations.