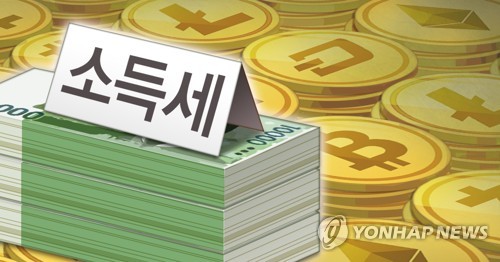 According to government officials on the 20th, the division under the Ministry of Economy and Finance (hereinafter called ‘MOEF’), which is reviewing the taxation policy of virtual currency, has recently changed from Property Tax Division to Income Tax Division.

After setting the income tax taxation policy for virtual currency in the second half of last year, MOEF has been working on Property Tax Division to provide detailed taxation plans and basis for taxation for the revised tax law this year.

Therefore, it is interpreted that the change of division in charge is the first step to classify the virtual currency income as ‘other income’ rather than ‘transfer income’.

A government official said, “I understand that the MOEF has not finalized its taxation policy.” “But we can assume that due to the characteristics of the division in charge, it is more likely to regard crypto-related income like Bitcoin as a category of temporary other income, not due to ‘transfer of assets’ such as real estate,” he added.

Under the current tax law, other income includes income received from transfer and rental of assets and rights, such as business rights, tuition fees without employment relationship, temporary income from creation of art works, prize money from public-service corporation, lottery prize money like Lotto, transfer income from paintings and calligraphic works and antiques.

There is a slight difference in the deduction rate and tax rate depending on the type of income, but generally 60% of other income is deducted as necessary expenses and income tax is imposed at the rate of 20% on the remaining 40% of other income.

However, most of them consist of temporary, accidental and irregular income or unearned income.

In contrast, transfer income, such as real estate, is income related to asset which acquisition and transfer price can be calculated.

Therefore, the MOEF classifies virtual currency income as other income led by Income Tax Division, it can be interpreted to mean that the government considers that virtual currency has insufficient characteristics as an ‘asset’.

In reality, classifying as other income is advantageous in terms of administrative convenience.

In order to impose transfer income tax on virtual currency income, it is necessary to estimate exact acquisition price and transfer price and calculate their difference.

It is only possible when the amendment of ‘Specific Financial Transaction Information Act’, which is currently pending in the National Assembly, is passed and executed to receive trade history from virtual currency exchanges.

However, other income tax can be taxed only after regarding the final transaction amount as the transfer amount and subtracting only a certain percentage of necessary expenses (such as 60%).

It is also interpreted as a ‘test’ for the taxation of ‘other income tax’ on virtual currency income of Koreans.

However, if other income tax is applied to virtual currency income of Koreans, the issues of calculating the acquisition price and the standard price and the debate over the eligibility for withholding agent on the exchanges are expected to become serious.