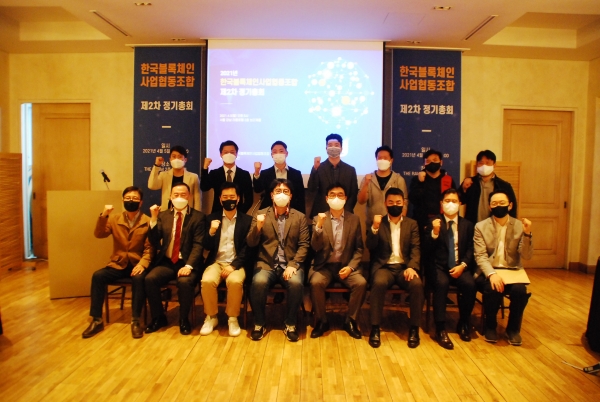 Supertree CEO Sung-Wone Choi was elected as the 2nd chairman of the board of Korea Blockchain Cooperative.

Korea Blockchain Cooperative held the 2nd regular general meeting at Raum Hotel in Gangnam-gu on the 5th, and appointed Choi Sung-Wone, CEO of Supertree, as the 2nd chairman and finished the appointment of executives.

In his opening remark, Chairman Sung-Wone Choi said, “Blockchain technology is one of the core technologies in the era of the 4th industrial revolution.” “The non-face-to-face era triggered by COVID-19 will further accelerate the expansion and usability of blockchain technology.”

He added, “In the meantime, SMEs and startups with blockchain technology should lead the way to proactively respond to the 4th Industrial Revolution and create innovative momentum.”
“Through this, Korea Blockchain Cooperative should work together to create a competitive domestic blockchain company in the global market,” he stressed.

On this day, Jun-Ho Han, member of the National Assembly Science and Technology Information Broadcasting and Communication Committee, said through a congratulatory address, “Congratulations on the start of the 2nd phase of Korea Blockchain Cooperative, the only legal organization in Korea,
Blockchain technology, which is essential for rapid transition to a non-face-to-face society, has already produced meaningful results in Korea. Now, the National Assembly will also work hard to receive a good reputation from overseas.”

Currently, Korea Blockchain Cooperative has 50 member companies and is the only legal organization in Korea that has been approved by the Ministry of SMEs and Startups.