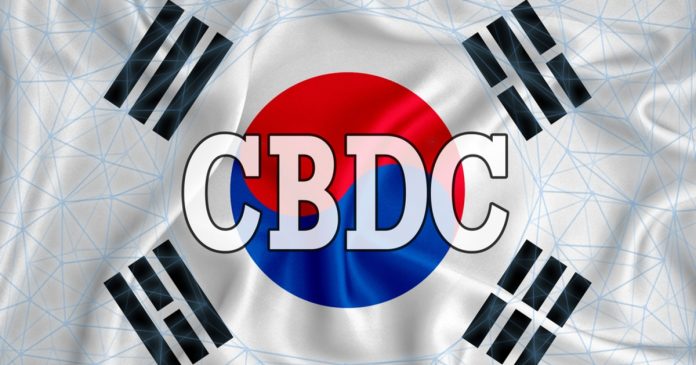 Over the last decade South Korea has moved further along a path towards digital transactions. Cash usage has fallen from 66 per cent of transactions in 2010 to an estimated 34 per cent in 2020 as electronic payments increased 33 per cent during the COVID-19 pandemic. These trends are likely to continue, as polling indicates that 77 per cent of South Koreans prefer to make transactions without cash.

Virtual assets such as Bitcoin have received much of the public attention related to digital financial innovation in recent years and are popular in South Korea, especially among the younger generation. South Korea is estimated to account for 10 per cent of global cryptocurrency transactions and has a vibrant market for altcoins. It is also known for its gap, the so-called ‘kimchi premium’, on the value of Bitcoin with other global exchanges.

Spurred on by the development of cryptocurrencies, most of the world’s central banks have begun researching the implications of CBDCs, or digitally-issued fiat currencies. A small number of central banks such as Sweden’s Riksbank and the People’s Bank of China have also moved towards CBDC pilot projects.

Most central bankers expect a CBDC to be issued in the near future. According to a recent UBS survey of central-bank reserve managers, nearly 40 per cent expect a wholesale CBDC to be launched in the next three years and at least one G7 central bank to issue a retail CBDC in the next 3–5 years. The BOK’s decision to move forward with a CBDC pilot potentially places it at the leading edge of this shift in finance.

The BOK’s 10-month pilot is an initial step in testing the viability of a CBDC on a distributed ledger, or blockchain and will utilize a Klaytn ledger built by Kakao’s Ground X blockchain division. It will be conducted in two phases, the first of which will run for the rest of 2021 and utilise a virtual environment to test issues related to the technical feasibility of the issuance, distribution and redemption of CBDCs. The second phase will run through June 2022 and focus on offline payments, digital-asset purchases and international remittances.

The model being piloted addresses some challenges presented by CBDCs, such as the role of private banks and privacy concerns. Instead of a model where each citizen has their own bank account with the central bank, the BOK has decided to continue to ‘print’ the digital currency but have private banks and financial institutions distribute it to consumers. Phase two of the pilot will also test enhanced privacy technology, but the placement of electronic wallets at private institutions rather than with the central bank itself should address some of the privacy concerns that arise from central banks having access to transactions records with CBDCs.

The benefits for South Korean consumers of a CBDC may initially be unclear. Transactions with CBDCs should function similar to current transactions facilitated through established mobile or card purchase methods, but with increased transaction speed and reduced transaction costs. And while CBDCs and cryptocurrencies are often promoted as a means to facilitate digital transactions for those lacking bank accounts, only 5 per cent of South Koreans are estimated to be unbanked.

For businesses and consumers an important feature will be interoperability with blockchains for other CBDCs. For businesses this should reduce time and transaction costs in trade with foreign partners, but it also holds the potential for consumers to facilitate direct overseas purchases, which have become increasingly popular in South Korea. Direct overseas purchases have risen from US$1.5 billion in 2015 to US$3.1 billion in 2019.

The second phase of the pilot is also expected to explore support for smart contracts, which would allow businesses to speed up transaction times with self-executing payments once the terms of smart contracts have been fulfilled. Security issues that have arisen in smart contracts on existing blockchains still need to be addressed.

The most significant benefits for consumers and businesses from a CBDC will most likely come from the ability to write new programs on top of the distributed ledger and future financial innovations that may arise from this interoperability.

If the pilot goes well, it is unlikely the BOK would move immediately to issue a CBDC. Prior to announcing the pilot, the BOK commissioned a study on the legal issues related to CBDCs. The study concluded that while a CBDC is different from virtual assets and, therefore, not subject to the Capital Markets Act, the Bank of Korea Act would need to be amended to allow the digital issuance of the South Korean won.