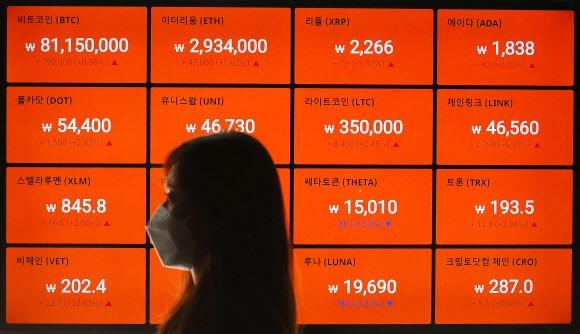 The ruling Democratic Party of Korea (DPK) has confirmed its plan to delay the start of taxing cryptocurrency trading for one year, from early next year ― which was the original plan of the country’s financial and tax authorities ― to 2023.

Facing diminishing support from young voters, who comprise the majority of crypto investors, the DPK said Monday that its next step will be to request the financial and tax authorities to delay the implementation of the crypto tax for one more year.

“Regarding the timing of the cryptocurrency taxation plan, the DPK has changed its earlier stance. The DPK is in talks with the financial and tax authorities to delay the implementation of the planned tax on cryptocurrency gains for one more year,” a senior DPK official told The Korea Times by telephone, Monday.

A 20 percent tax on gains more than 2.5 million won through crypto-trading, designed by the Ministry of Economy and Finance, had been set to take effect in early 2022.

The ruling party had been planning to follow its earlier timeline for starting the tax in January. The recent schedule change appears to be the result of the party’s attempt to capture the support of young voters in the presidential election slated for March of next year. Put simply, the DPK is working to win more support from young voters in their 20s and 30s, and behind the change is the fact that young people strongly oppose the crypto tax law.

In a nationwide survey of 1,011 adults by Hangil Research between Oct. 31 and Nov. 1, support for the DPK from those in the 18 to 29 age bracket was 20.1 percent, while support among the same age group for the main opposition People Power Party was 42 percent.

Amid the continued rising of housing prices as well as the high unemployment rate, cryptocurrency trading has become a new speculative investment method by which adult members of Korea’s MZ Generation (those born between 1981 and 1995) have been attempting to accumulate capital, as many are have been shut out of traditional forms of investment. More than 65 percent of the total number of investors in the country’s major cryptocurrency exchanges are made up of young people in their 20s and 30s.

The DPK’s decision to delay the start of the tax, as well as lawmaker comments, reflect the reality that support for the party has declined among voters other than those in their 40s and 50s.

“I basically agree with the principle that where there are profits there should be taxation. However, in the case of cryptocurrency assets, the concept itself hasn’t yet fully been defined, and the scope of taxation could vary according to such definitions,” DPK Rep. Kim Byung-wook, a member of the National Assembly National Policy Committee which deals with financial matters, said in a forum organized by the party’s research institute and the Virtual Assets Task Force. He added that it would be more reasonable to start taxing cryptocurrency profits from 2023 after first preparing the related legislation this year.

Rep. Kim said that more time is needed for there to be an agreement on the exact definition of the acquisition costs for cryptocurrencies, which would affect how taxes are calculated. According to Kim, sticking to the previous plan of implementing a 20-percent tax on the annual profits of cryptocurrency trading beginning in January of next year would represent an unchecked wielding of power by the finance ministry and tax authorities.

DPK presidential candidate Lee Jae-myung also contends that the government should impose the crypto tax from 2023, when the capital gains tax for stock trading will also be implemented.

Four-term DPK lawmaker, Rep. Noh Woong-rae, who leads the party’s research institute, stressed that protection for investors should take precedence over the taxation of virtual asset trading. “It’s true that where there are profits, there is taxation. However, taxation cannot exist without protection for consumers and the market,” Noh said.

Unsurprisingly, the tax and financial authorities have been avoiding giving a straight answer about the ruling party’s recent decision.

Park Ju-young, a director at the Financial Services Commission (FSC), which supervises policies on cryptocurrencies, recently said that it is difficult to reply to questions related to delaying the tax.

Park added that more research on issues ranging from the listing of cryptocurrencies, to their distribution and unfair transactions, is necessary, adding that a compromise is required in dealing with the “latest technologies” in investment, such as cryptocurrencies.