Onther, a blockchain R&D startup, will participate in a central bank digital currency (CBDC) simulation project conducted by the Bank of Korea together with GroundX, a blockchain affiliate of Kakao.

The Bank of Korea announced on the 20th that it had selected Kakao Ground X, which obtained a total of 953,754 points, as the preferred bidder for the CBDC simulation research project, which closed the bid on the 12th.

Due to the nature of CBDC, blockchain extended area technology that processes a lot of payment information is important, and Onther’s scalability technology is expected to contribute to this area.

It is known that the experimental project carried out by the Bank of Korea will not only handle the issuance, distribution, recovery, and disposal of CBDCs, but also test service functions such as remittance and payment.

Jung Soon-hyung, CEO of Onther, said, “Onther’s blockchain technology was utilized to build this CBDC pilot system and we are happy to participate in the digital currency pilot test of the Central Bank of Korea.” “Through Onther’s blockchain layer 2 scalability technology, Together, we will contribute to national development by completing a successful CBDC platform simulation.” 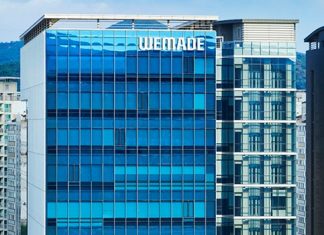