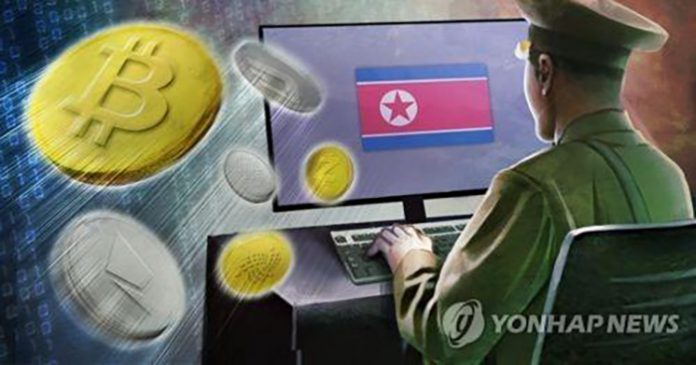 There is a suspicion that North Korea is illegally dispossessing money and valuables by cyber attacking foreign financial organizations and cryptocurrency exchange platforms.

The Asahi Shinbun citing UN Security Council panel of experts reported on Aug. 5 that North Korea had been suspected of illegally dispossessing up to two billion USD (approximate 2.4 trillion KRW) by cyber attacking financial organizations and cryptocurrency exchange platforms of at least seventeen countries for thirty-five times since Dec. 2015.

Asahi also reported the countries include India, Chile, and Nigeria and it seems that the cyber squad under North Korean People’s Army (NKPA) is attacking them to procure funds for the weapon of mass destruction (WMD).

The news analyzed based on the contents of the UN report that their attack on the cryptocurrency exchange platform s prominent recently.

A panel of experts at the UN Security Council analyzed that cryptocurrency exchange markets are primary targets because they are relatively difficult to keep track of cyberattacks compared to banks. Governments’ loose supervisions and regulations are also another reason.

Asahi has also reported that the case where 1.86 billion JPY was withdrawn from 17 different Japanese ATMs in 2016 also seems to be related to North Korea according to the UN report.

The report added the possibility of North Korean officials making a fake credit card based on the information leaked from a bank in the Republic of South Africa.