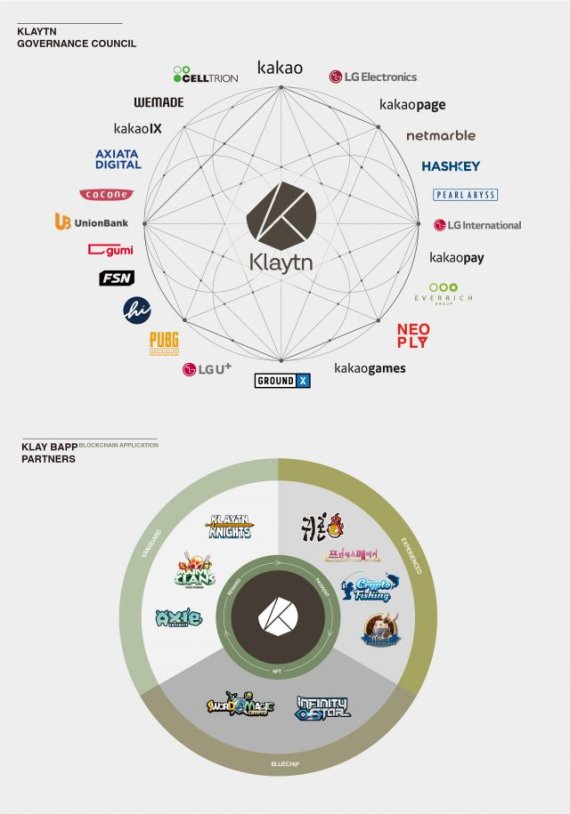 According to Kakao on June 27th, its technology subsidiary, Ground X, will launch main-net of Klaytn, and its partner ‘Governance Council’ will co-operate the platform.

Klaytn is a platform aiming to popularize blockchain by proving the technology’s value and utility. It will focus on meeting large user-based services’ needs for performance and scalability, essentially aiming to provide environments for the stable operation of actual service.

Subsidiaries of LG Group, Netmarble Corp, and Unionbank of the Philippines will join the platform

Klaytn has been operating test-net for the past 3 months to perfect its platform through receiving feedbacks from its partners. According to the firm, the service will have a speedy response time at the level of legacy web services. Achieving short block time of one second was the key to the speedy response time. In addition, it has run high-level security testing with four different online security companies to prove its stability.

Governance Council will be responsible for making decisions on Klaytn’s technology and business as well as operating its consensus node. There have been talks about expanding Governance Council’s roles to new service development or applying blockchain technology to preexisting businesses.

In order to create more partnership and encourage pre-existing partner’s service operation, Klayton will also introduce motivation systems called ‘PoC(Proof of Contribution)’ and ‘KIR(Klaytn Improvement Reserve)’. With the help of PoC, partner companies will be provided with additional KLAY, Klaytn’s token, when notable achievements are made. KIR is a system that rewards partners when it helps Klaytn develop further in both technological and business sense. For example, partners are encouraged to hold Klaytn community meet-ups or conduct research projects on Klaytn.

In addition, ‘Klay BApp Partners’ are introduced. They aim to further facilitate Klaytn ecosystem. The partners make use of Klay, Klaytn’s cryptocurrency, as reward and means of payment. Users can earn Klay and make transaction with Klay across different BApps.

Game companies that have proven its competency in other blockchain platforms will be Klay BApp Partners. Blockchain game company Biscuit will launch Klayton Knights, a customized version of its well-known blockchain based RPG game, EOS Knights. Klayton Knights will start its pre-registration from June 28th.

Jaesun Han, CEO of Ground X, said “We have established a foundation for the popularization of blockchain through the launch of main-net. Ground X will increase the number of service partners and BApp partners to facilitate Klaytn ecosystem”. He further emphasized, “The combined market value of companies participating in Governance Council is over 75 trillion won(around 64.8 billion dollars). Co-operating Klaytn with such responsible and high-valued companies will further increase the platform’s stability and reliability.”