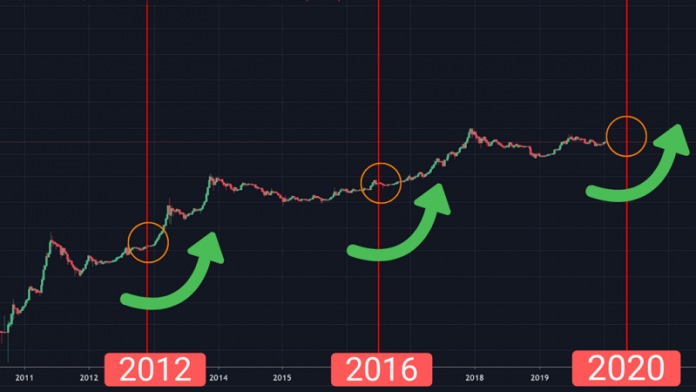 It’s halving eve’s day, give or take, and across the globe people are watching BTC’s ticker with bated breath. Soon after block rewards are reduced by 50 percent, armchair quarterbacks the world over will be ready to explain exactly why the price moved in whatever direction it ended up moving. But that’s the future, and at this moment, we’re not there yet.

Buy, sell, hold or simply close your eyes and look away. Investors have made their gambits and now await the results. It would be difficult under the best of circumstances to predict the outcome of an event that’s occurred only twice before. Add a worldwide health and economic catastrophe and we’re really roaming in the wild.

According to Michael Burgess, head of partnerships at FTX (Cryptocurrency Derivatives Exchange), short term predictions are difficult to make but there’s good reason to study closely what happens in the coming months. “As the mining reward reduces we ultimately see less and less bitcoins entering the ecosystem. Over the long term, this is a very exciting prospect for bitcoin as we near the 21 million bitcoin supply cap,” said Burgess.

Indeed, any meaningful answers likely reside in the medium to long term. Because BTC can never be unhalved, halving is permanent and therefore permanently transformative. It’s a sentiment shared by Patrick Baron, chief investment officer at Validator Capital and instructor at Fintech School.

“The bitcoin halving should not be viewed as a standalone event that will cause the price to move up or down,” said Baron. “The halving affects one side of the price equation: supply. As we saw in March of this year, bitcoin’s price can be highly correlated to global markets when demand for liquidity is high. That episode was a clear example of the effect of the demand side of the price equation on bitcoin.  Changes in demand for bitcoin are directly reflected by changes in price because supply is inelastic, in that it does not adjust in respond to changes in demand.

“This isn’t a one-off event like an earnings report, merger announcement, or stimulus payment.  The new supply coming into existence will be less than before, day-after-day for the next 210,000 blocks. Ceteris paribus, that is, if demand is the same as it was before, then bitcoin prices should trend upwards. But as we have seen with market movements in response to the global pandemic, demand can be a fickle friend,” Baron said.