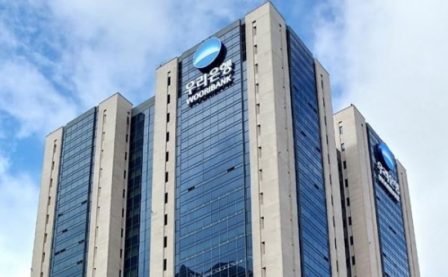 One of the largest financial institutions in South Korea, Woori Financial Group, will soon start offering its customers cryptocurrency custody service through a project known as D-Custody.

The initiative was launched in collaboration with Coinplug, one of the earliest Bitcoin exchanges in South Korea and a blockchain financial services provider. While Coinplug will become the key shareholder in the ownership agreement, Woori Bank will contribute less.

Meanwhile, the project is expected to go live next week. Commenting on the move, a Woori Bank representative said:

In overseas markets, the digital asset custody has become a successful, established practice among the new services offered by the banks.
Speaking of crypto custody, several traditional financial institutions have jumped on the crypto train. For instance, in February, America’s oldest bank BNY Mellon (NYSE:BK) announced that it was launching a new crypto custody service for Bitcoin and other cryptos.

Although South Korean regulators have been looking for a way to tax crypto transactions and clampdown on illegal transactions, the demand for digital asset custody services in the region has continued to grow. Apart from Woori, other Korean Banks like KB Kookmin and Nonghyup Bank have also entered the crypto custody space.