As the bitcoin price jumps again, cryptocurrency exchanges are calling for joy. Bithumb ranked 4th in the world, Upbit 5th, and Coinone 16th in the rankings of exchanges compiled by CoinMarketCap, a cryptocurrency information site as of 12 p.m. on the 19th. It is a global ranking based on traffic, liquidity, and transaction volume. All Korean exchanges were pushed out of the top 10 for a while and then hit again.

The cryptocurrency exchange earns a transaction fee whenever members buy and sell coins. Also, the company directly owns a certain amount of virtual currency. Bithumb’s net profit to sales in the first to third quarters of this year reached 56.06%. During the same period, the net margin of sales of listed companies on the stock market was 4.89% (based on 687 corporations settled in December).

Last year, Bithumb Korea posted 67.7 billion won in operating profit and Upbit operating company Doonamu won 53.8 billion won. An official in the blockchain industry said, “The cryptocurrency exchange, which was scattered countless times, is being reorganized into a system of Bithumb and Upbit two giants.” .

These companies are seeking various new businesses at home and abroad. Upbit has entered Singapore and Indonesia since 2018 and obtained a preliminary permission to establish a cryptocurrency exchange in Thailand in August this year. In September, Bithumb launched “Bithumb Custudy,” a consignment service that manages digital assets held by companies. 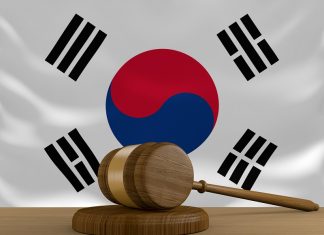