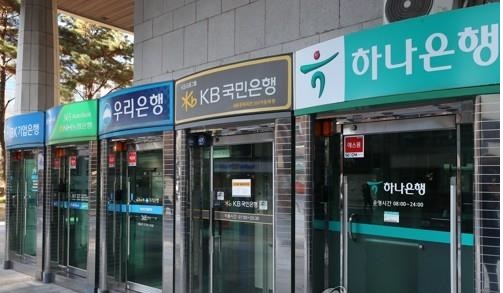 South Korean banks are looking to expand their crypto custody offerings – as competition in the sector begins to intensify.

Only a small handful of banks have thus far agreed to work with crypto exchanges, offering their customers real-name banking services, with the majority ruling out the notion of working with trading platforms “for the time being.” But it appears that banks are far more comfortable with the idea of helping exchanges store their customers’ fiat and crypto.

Per Asia Kyungjae, some of South Korea’s biggest banking players have been looking for indirect ways to enter the crypto custody game, as existing banking laws prevent mainstream financial institutions from handling cryptoassets. But banks have been able to sidestep this by establishing joint-venture firms or making M&A moves.

Here is a breakdown of some of the biggest banks’ most recent crypto custody moves.

NongHyup (NH Bank)
Asia Kyungjae noted that NH has been “the most active player in the custody business,” and in the past few days has made a “strategic equity investment” in a custody specialist named Cardo. The latter is currently “preparing to launch” a new service and is looking to bolster its credibility by “acquiring information security management system certification” from a government issuing agency. It also has plans to roll out digital KRW custody offerings.

Kookmin (KB Bank)
KB sealed a deal with Haechi Labs and Hashed in November last year to co-launch the Korea Digital Asset (KODA) joint venture, becoming the first bank in the industry to provide digital asset custody services. It has picked up a number of high-profile customers in the period since its inception, including the crypto-keen gaming giant WeMade.

Shinhan
Shinhan has also made “a strategic equity investment” in the Korea Digital Asset Trust (KDAC), a “digital asset management company.” It also has some notable clients, such as NXC, the holding company of the gaming giant Nexon, which also owns the Bitstamp and Korbit exchanges. Alpha Asset Management is also a client.

Woori
Woori has teamed up with the fast-growing blockchain and crypto player Coinplug to co-launch a crypto custody firm named Decustody.

The media also outlet noted that in addition to cryptoassets such as bitcoin (BTC), banks are looking to extend their custody services to non-fungible tokens (NFTs) and security token offerings (STOs).

An industry insider explained that crypto custody does not require banks to conduct money-laundering checks, meaning that “from the bank’s point of view,” custody is “less burdensome” than offering banking services for exchanges,” adding that custody could “generate new commission income” for banks.

The insider added that it “also” offered banks “an opportunity” to enter a sector they have been looking for a way into for some time.

Meanwhile, a South Korean university says it is attempting to create a set of legal standards for the crypto sector that could be applied across the North East Asia region.

NoCut News reported that the effort is being spearheaded by JeonBuk National University’s Northeast Asian Law Research Institute, which will “review domestic and international trends in cryptocurrency and present standardization standards for various legal areas” – later seeking to “and “export law” to the wider North East Asian area.