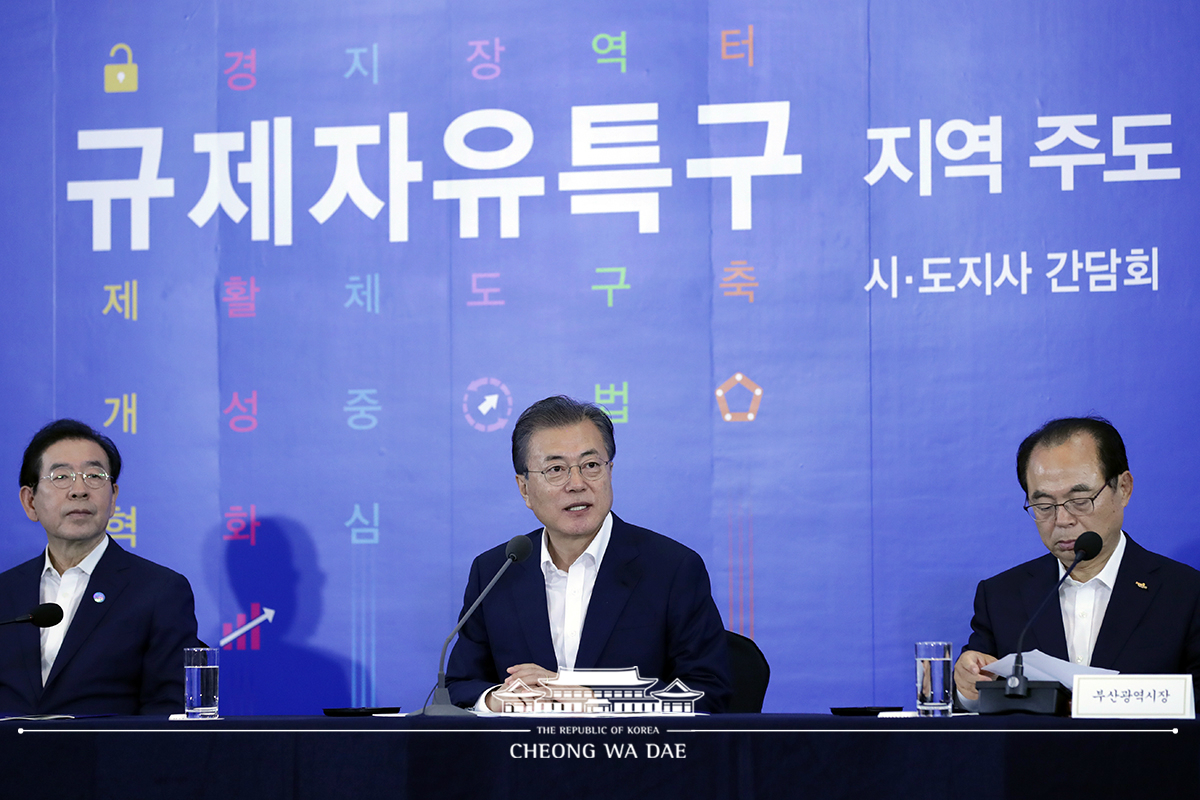 Although the government has designated Busan metropolitan city as the ‘Blockchain Regulation Free Zone,’ the industry is not excited. There is an irony because cryptocurrency would still be not allowed when the designation of regulation-free zone intends to facilitate innovative blockchain services.

◆ ‘Blockchain Regulation Free Zone’ Blocking Cryptocurrency
The so-called regulation-free zone is not reflecting the real concerns of the blockchain companies. Currently, many Korean blockchain companies are incorporating in overseas such as Japan, Singapore, and Switzerland to operate blockchain services without the regulatory obstacles.

In other words, taxes and employments that were supposed to have occurred in Korea are flowing out. There was a report on ‘national wealth drainage’ under blockchain regulations. The government has started working on the designation of the blockchain regulation-free zone ever since.

A source from the industry said that promoting blockchain businesses while blocking the cryptocurrency distribution is like encouraging corporation while prohibiting the stock market. Many blockchain companies in Korea believe that it should not even be called the regulation-free zone. It seems that the regulatory free zone won’t be very popular among Korean companies. It is somewhat ironic as the Korean government plans to not only facilitate innovation of Korean companies but also invite foreign companies and make Busan a global hub.

◆ Meanwhile, Japan allows conglomerates to enter cryptocurrency business.
Policies are different overseas. Most of the businesses models that are not possible in Busan are allowed in Japan. The Japanese government has legalized cryptocurrencies by amending their money settlement law in 2016.

Notably earlier this year, Abe cabinet has approved the amendments of financial instruments transaction law & payment service law, and they were approved in both House of Councillors and House of Representatives.  According to the amendments, all the cryptocurrencies will be legally called ‘Crypto-asset’ and margin transaction using the crypto-asset is allowed up to four times of initial deposit amount.

As Japanese government drew a line and legalized the cryptocurrency, major companies started to enter the cryptocurrency business actively. DeCurret can be a good example. It is a cryptocurrency exchange platform established by the co-investments of Japanese big names such as Nomura Holdings, Daiwa Securities Group, MUFJ Bank, Dai-ichi Life, and, the biggest e-commerce company in Japan, Rakuten. It has started its business by the approval of the Financial Services Agency.

‘Bakkt,’ a Bitcoin futures exchange market established by NYSE’s parent company ICE and ‘Fidelity Digital Asset Service’, a subsidiary of Fidelity have applied for ‘Trust License’ which has business range wider than that of BitLicense and currently in process with financial authorities of New York.

Only a year ago, Korea was regarded to be one of the leaders in the blockchain industry. Many Korean blockchain projects have been invested from all over the world. Korean cryptocurrency exchange markets were listed as top tiers in the global chart. However, the temporary leadership is now transferred to the U.S. and Japan, due to strict regulations.

On July 24, the date when Busan was designated as the blockchain regulation-free zone, NYDFS has established a cryptocurrency license specialized department. It seems like NYDFS plans for both the cryptocurrency consumer protection and the control of cryptocurrency regulations. According to Reuter on July 18, the Japanese Ministry of Finance and Financial Services Agency together are planning to directly establish the cryptocurrency settlement network, which has already acquired the approval from the FATF.