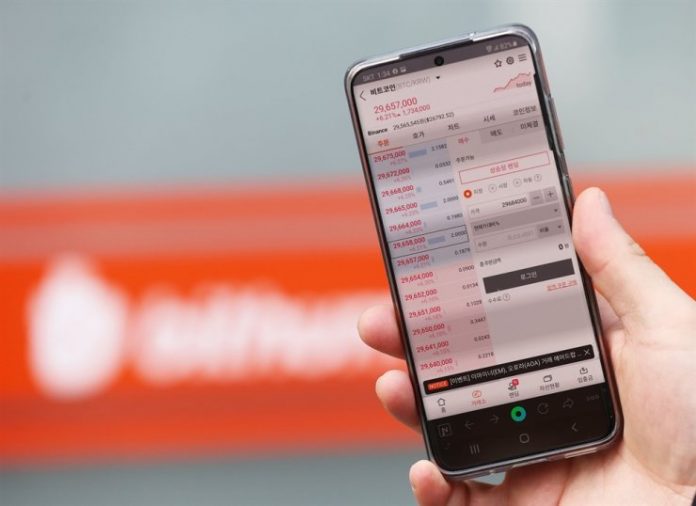 Bithumb Holdings, which owns the largest stake in the nation’s top cryptocurrency exchange’s operator, has been looking for a potential buyer since August last year, after it hired Samjong KPMG as the underwriter. Bithumb Korea was once valued at around 500 billion won ($460 million).

According to its regulatory filing, Bithumb Korea owned 27 types of cryptocurrencies as of December 2019. They were collectively priced at around 17.4 billion won at that time as bitcoin and ethereum had accounted for a collective 54.3 percent of the cryptocurrencies the company owned.

Given the bitcoin price rise, which has recently tripled, and the ethereum price, which has experienced a whopping quintuple increase over the past year, the combined value of the cryptocurrencies the company owns could surpass 50 billion won.

Market insiders expect Bithumb Korea’s valuation will go up further thanks to its earnings improvement last year, with the rising trading volume which came after the bitcoin price hike.

The regulatory filing of Bithumb Holdings’ largest shareholder, Vidente, showed Bithumb Korea posted 149.3 billion won in sales and 87.3 billion won in net profit during the third quarter of last year. Simply, this was as a significant increase, given that its annual sales for in 2019 was 144.7 billion won and its annual net income was 37.2 billion won.

Another factor affecting Bithumb Korea’s valuation is the application of the revised Reporting and Using Specified Financial Transaction Information Act in March this year as the adjusted law is expected to accelerate the moves for market oligopoly in the domestic cryptocurrency industry.

The revision will obligate cryptocurrency exchanges to pursue business based on real-name accounts provided by banks to prevent possible money laundering. Upbit, Bithumb, Coinone and Korbit are looking safe as they are said to have satisfied the requirement. But smaller exchanges have conducted business with their own corporate accounts as banks did not affiliate with them.

Some market observers said China-based Binance’s recent decision to close its Korean operation resulted from its failure to satisfy the requirement, although the company cited low trading volume as the reason.

Amid the ongoing bitcoin rally, Bithumb Holdings and Samjong KPMG will likely be more careful about choosing the preferred bidder to take over Bithumb Korea, so as to sell the cryptocurrency exchange operator for a higher price. Sources said the seller is in talks with two private equity firms and several other companies to complete the deal.