First of all, Busan city will expand the exploration and application of blockchain technology and services by associating government pilot projects including smart city with four existing special zone projects.

The financial project combines digital vouchers with film production support and develops securities cryptocurrency trading system. Tourism and public safety projects graft blockchain services onto cruise tourists certification and redevelopment licensing. They will also develop technology to manage design copyrights on blockchain. In addition, they will establish a ‘blockchain industrial support center’ that will lead the industrialization of blockchain. This center is responsible for source monitoring, issuing exchange certificates, resolving and analyzing of vulnerability, technology verification and evaluation, and developing blockchain source technology applicable to Busan strategic industry. They will establish a ‘blockchain graduate school’ in the second half of this year to provide customized professional manpower required by companies.

Jeju plans to re-challenge to special zone for blockchain designation. Won Hee-ryong, Jeju Governer, said at the opening of the ‘2019 Blockchain in Jeju’ forum held at KAL Hotel in December last year, “There are a lot of young talent and young companies in Jeju. We will actively make efforts for the future strategic industries including preparing and presenting special benefits for the blockchain regulations.”

North Jeolla was selected as the ‘2019 blockchain pilot project for public sector’ region of KISA. They are developing blockchain-based app (tentative name: Jeonbuk Smart Tour) with a total project cost of 1 billion won and installing three kiosks and beacons in Jeonju hanok village. In addition, they have selected NH Nonghyup as the financial institution to operate Jeonbuk coin. From this year, Jeonbuk coin based on Glosper’s own blockchain technology will be issued in Jeonju hanok village and NH Nonghyup Bank will manage and settle the Jeonbuk coin. 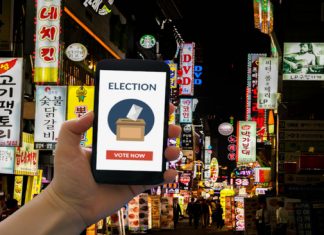