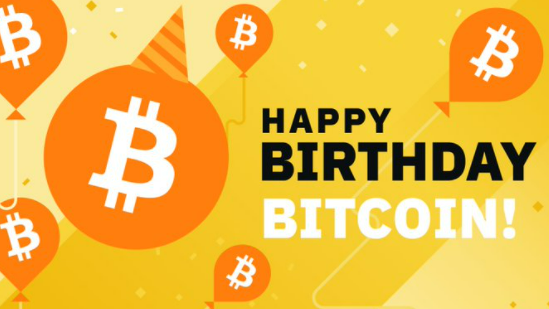 Happy 2022, dear readers! Today, January 3, marks the 13th birthday of bitcoin’s genesis block. It’s an anniversary of that mysterious but world-changing day when the first link of BTC’s chain was forged. And while the event itself is nowhere near as famous as the 10,000 BTC pizza transaction that took place nearly a year and a half later, it should still be recognized as the day that birthed the genesis block of all genesis blocks.

Barely a teenager now, bitcoin has already lived an extraordinarily tumultuous life. Wars, pandemics, inflation, and hostile economists couldn’t kill him. Even with that significant stumble over the last eight weeks, the young lad skipped out of 2021 with his highest year-end valuation ever.

Of course, the teenager metaphor has its limitations. Human 13-year olds might be gawky and insecure kids, but a 13-year old cryptocurrency is basically Methuselah. There’s a new class of young, sexy, up-and-coming cryptos, promising snappier block times, lower transaction fees, greener mining, and perhaps most relevant to investors, the exponential returns that Old Man Bitcoin once was capable of. This is where bitcoin finds itself in the present, that moment where the challenges and surprises of the past merge with the risks and opportunities of tomorrow.

The future of bitcoin and DLT-backed assets in general is as murky and exciting as ever. Early critics called bitcoin a “collective delusion.” They may have been right, at least during one slice of time. But things change. Many realities decay into daydreams, while some delusions will on occasion become reality. Peer down history’s lane and you might notice that delusional ideas always preceded humanity’s greatest achievements.

In our current slice of time, the label of “delusion” is largely an opinion, while the gains and losses for traders are fact. During 2021, the global crypto market cap jumped from USD $758 billion to just over $2.4 trillion. That’s a strong case for “reality.” As always, the upcoming year will be unpredictable, but we look forward to unpacking the events with our readers as we move through it. Good tidings to us all.